Gone but Not Forgotten: The Story of Glenn Miller

World War 2 took sacrifices from many brave people. From soldiers to journalists, and from volunteers to entertainers who just wanted the troops to have a happy moment for a change; many people who didn’t want anything to do with fighting and adversity were engulfed by the great war. One such person was Glenn Miller, one of the greatest recording artists of his era, who died while flying to France in the bid to entertain the US troops posted there.

All of America mourned the loss of a great man who had so much talent. His death might not be remembered in the modern era like the deaths of other famous musicians like Elvis, John Lennon, Kurt Cobain, or Jimi Hendrix; but it did mark the end of an era. In this article, we try to pay homage to the great musician who pretty much died in the line of duty, by making an effort to tell his story.

Who Was Glen Miller?

Alton Glenn Miller was born on March 1st, 1904 and only lived to be 40 years old. He was the best-selling artist from 1939 to 1943 and was the leader of one of the best big-bands in America too. Predominantly a trombonist, Glen was also reasonably good at working other instruments. 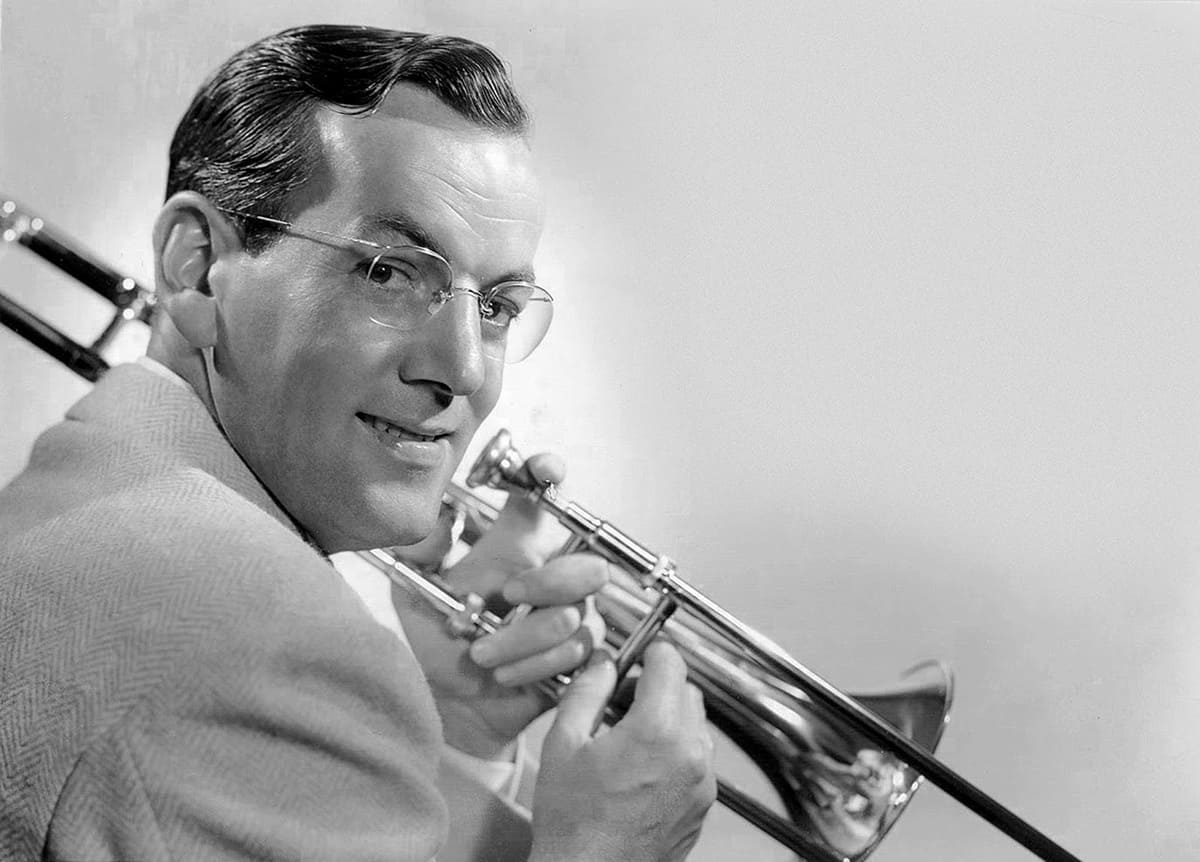 Some of Glen’s best performances are “Moonlight Serenade,” “Chattanooga Choo,” “At Last,” “Tuxedo Junction,” and “A String of Pearls.” Even though his spell at the top lasted for 4 years, he managed to produce 16 #1 records and 69 top-10 hits, which is more than what Elvis and The Beatles scored throughout their careers.

Glen was a genuine people’s man. He loved to spread happiness and left no stone unturned in doing that. To that end, he decided to fly to France to perform in front of the US troops stationed there. Unfortunately, the plane disappeared amidst lousy weather, and tragedy ensued. 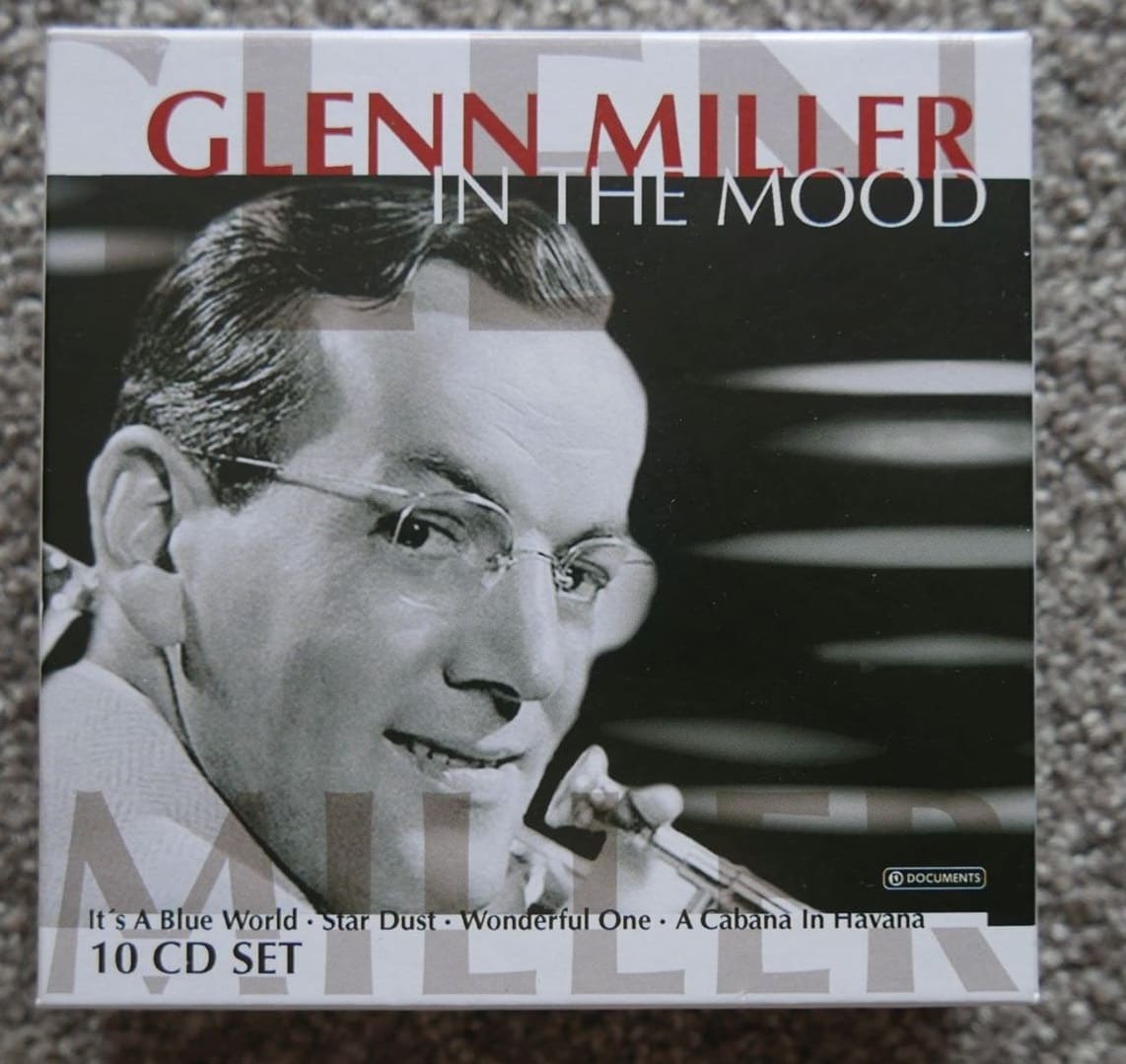 We still don’t really know what caused the terrible crash which led to the death of him and the people accompanying him. A lot of his fans remember the disaster-ridden war era by Glenn’s music; especially his best ever hit, “In the Mood.”

The End of the Big Band Era

Miller was virtually the highest custodian of the Big Band music. His death was a shock for the masses, and it also marked the end of a musical era; the Big Band era. 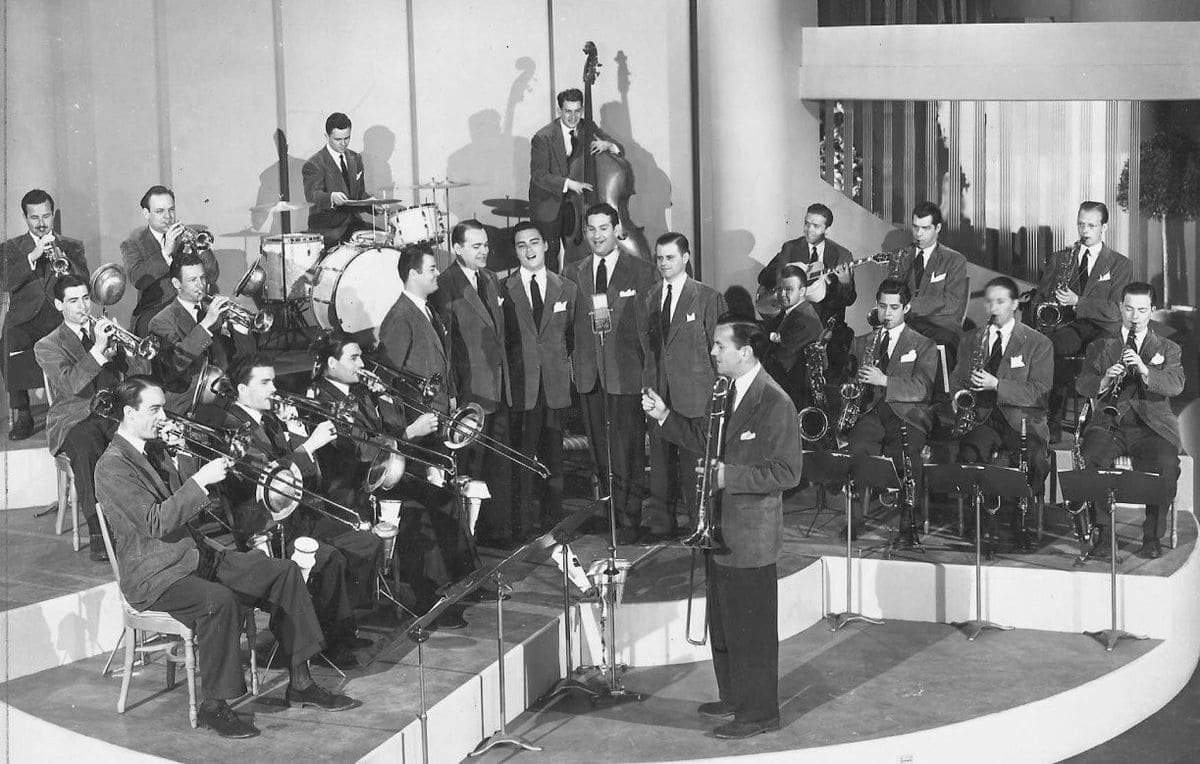 He got on a plane from London on December 15, 1994, to fly to Paris. His band had to play for members of the US troops who had some time off from their war duties. The soldiers were looking forward to one of the greatest artists of the time to help them put their PTSD aside for a while…

World War II was a terrible time, and so was the weather in which it was fought. The world saw some of the worst winters to date in the early 1940s. A day after Glen’s plane left English soil, the Germans had begun “The Battle of the Bulge” seeing it as an opportune moment to get on the offensive with Allied planes likely to stay on the ground. 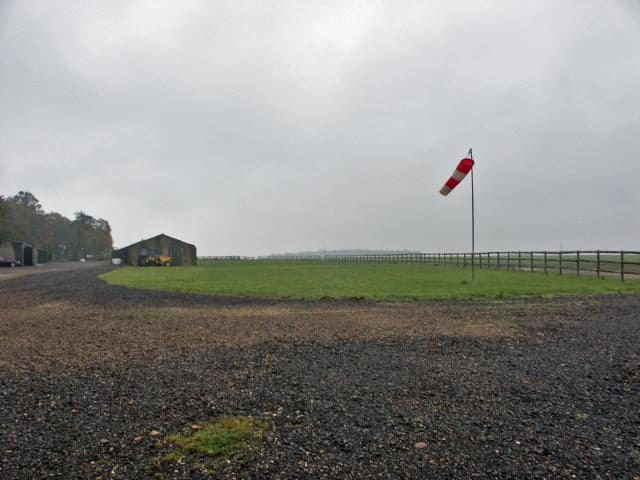 Source: Twinwood Airfield. Twinwood Airfield is notable as being the airfield from which Glenn Miller set off on his last journey before being lost over the English Channel. Photo by Peter Roberts CC BY-SA 2.0

Miller and his band members weren’t alone on the plane. They were accompanied by Norman F. Baesell and John Morgan two Lieutenant Colonels. Many conspiracy theorists posit that there was something fishy about the plane taking off in the first place. After all, England was completely socked in, and so was France.

Some people believe that it was Colonel Baesell who actually pressured the fellow pilot Morgan to take off regardless of all the premonitions. He is considered to be a fixer for Miller; someone who arranged concerts and hotels etc. for him. 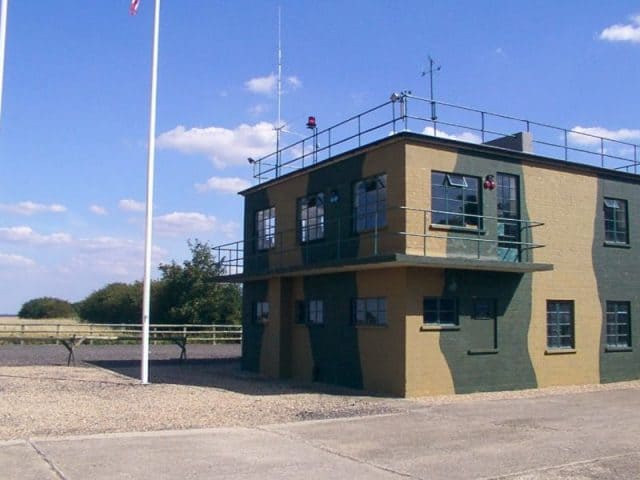 Source: RAF Twinwood Control Tower restored in 2002. It contains a tribute to Major Alton Glenn Miller who took his final flight from here on December 15, 1944. Photo by MilborneOne CC BY SA 3.0

We don’t really know whether Baesell threatened Morgan to take off, or whether he lured him in by promising him something in return, but the people who really knew Baesell, claim that they won’t put neither past him.

Everything Was Laid Out

The UC-64A plane with Glenn on board started its journey from the Twinwood airfield, which is just 61 miles north of London, at around 1:53 pm. Every little detail about the journey, including the route, was laid out. 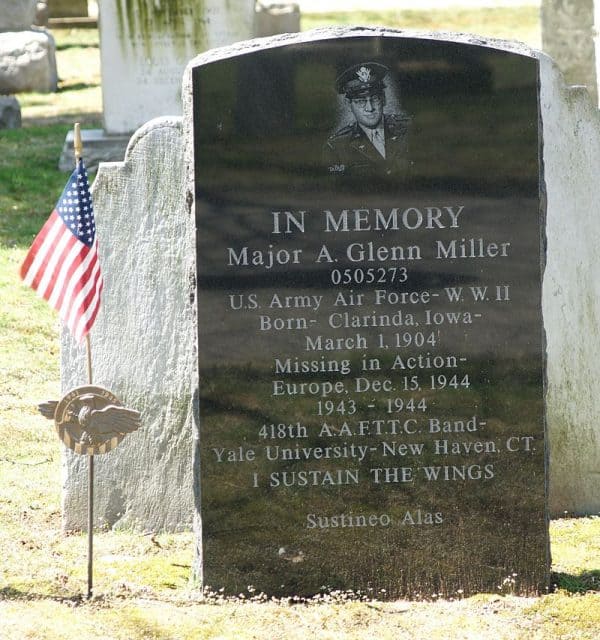 According to the route, they had to go along the “SHAEF corridor,” which was, at the time, the most safeguarded route for planes headed from England to France. The plane was supposed to reach Paris sometime between 3:45 and 3:51, if all went to plan.

Once the plane headed out from over the channel at 2:37 pm, it was spotted by the folks at Royal Air Force. However, that’s the last time anyone laid eyes on it. The most justifiable reason for the plane crash is that Morgan became disoriented after being engulfed by fog from all ends. 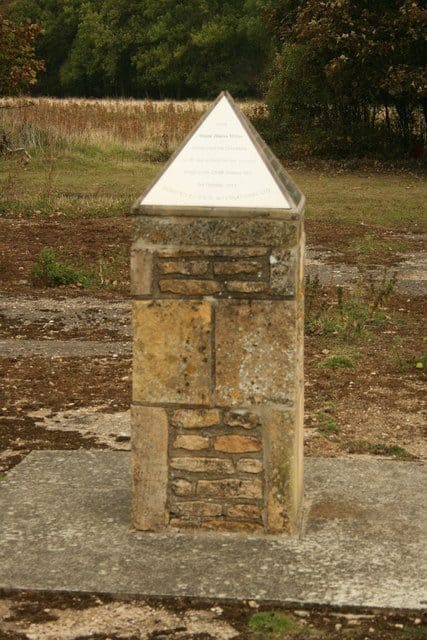 This means that he wasn’t cognizant of the altitude or bearing of the plane. When this happens, a pilot rarely remains in control of a plane. After becoming irreparably confused, and after not knowing what to do, he likely crashed right into the Channel, not knowing that he was a bit too close to it.

No wreckage or dead bodies of the passengers were ever found, so we don’t really have much else to go on. However, one man has a different story to tell. Fred Shaw, a navigator on an RAF Lancaster bomber, had a different tale to tell about the death of Glen Miller. 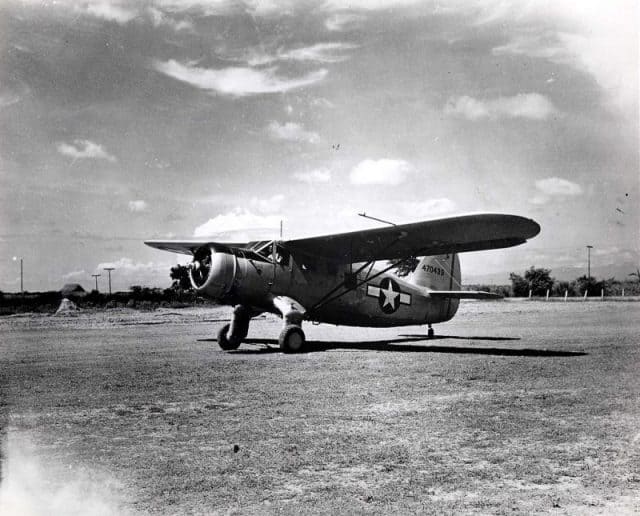 Shaw was on one of the 138 planes which were on their way to bomb the Germans. However, as they reached Belgium, they had to retreat because of the weather. To avoid the risk of accident, all the planes were advised to dump their bombs in the ocean.

Shaw and Co. Saw the Plane

As the pilots were dumping the bombs, one of them exclaimed, “There is a plane down there.” Upon hearing that, Shaw looked down and saw a plane that seemed to him very much like a UC-64A plane that Miller was in. 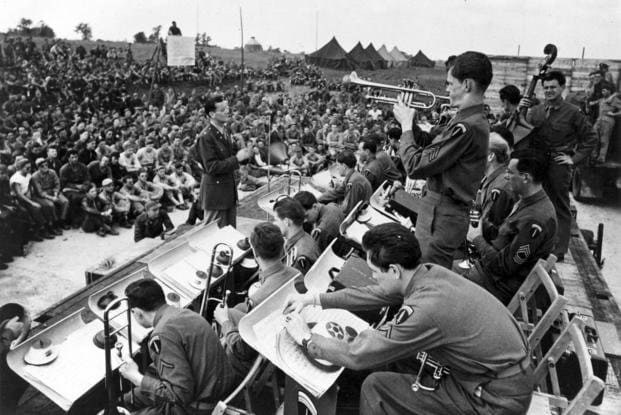 According to Shaw, the pilot panicked after seeing so many bombs drop around him. He made a sharp left, went into a spinning moment and then crashed right into the sea. After that, the wing of Shaw’s bomber blocked his view, and he continued his journey back.

The Jury Is Out

Some experts were able to prove the authenticity of Shaw’s claims while others remained skeptic saying that the plane couldn’t have been seen through all the fog. After all, the only reason the bombs got dumped was the lack of visibility. 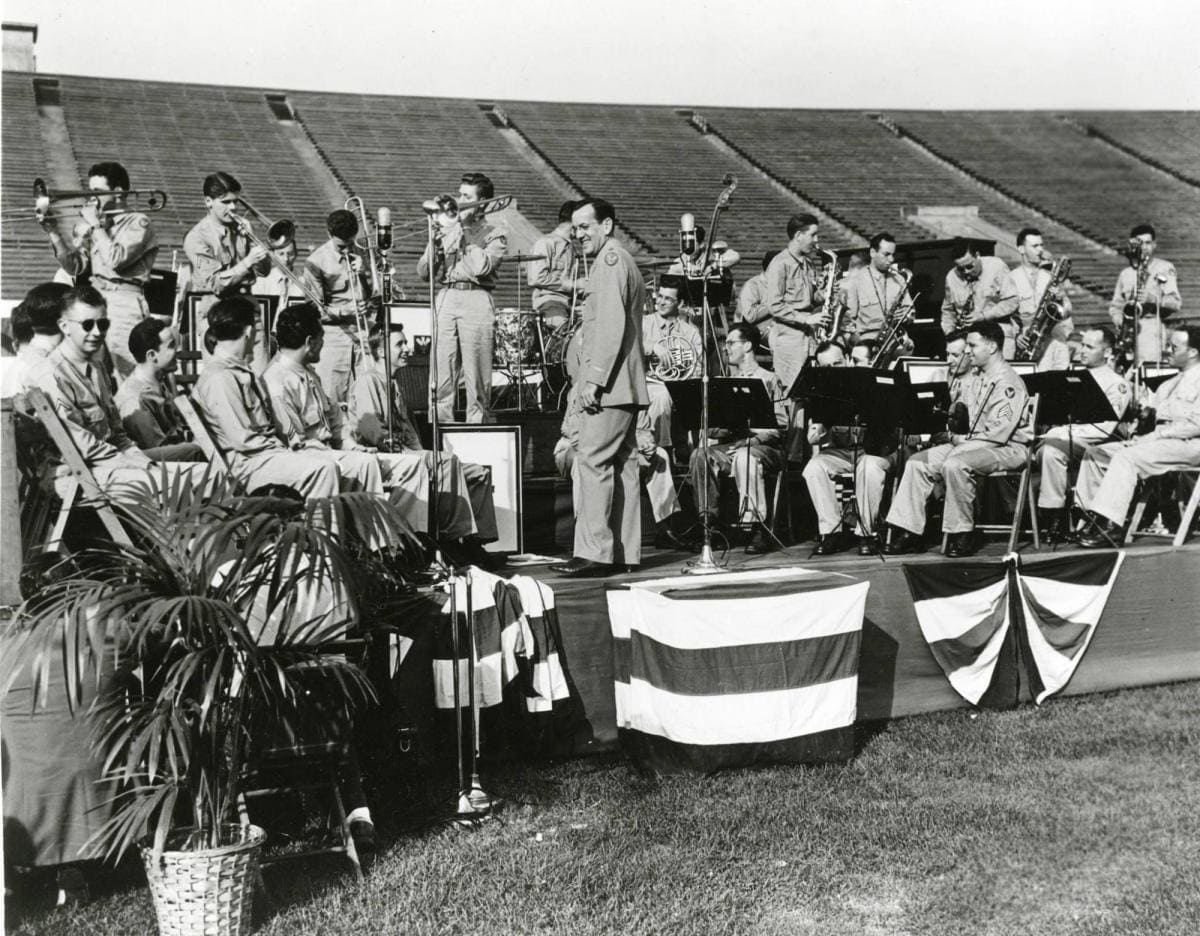 There are even weirder theories regarding Miller’s death; one says that he survived the flight, and later died of a cardiac arrest in a French brothel. However, regardless of how he died, his music lives on and will continue to live on forever.

What are the Most Expensive Guitars Ever Sold at Auction?

The Untold Story of the Forgotten Rolling Stone: Brian Jones

The Man, the Legend, the Ladies’ Man: Gene Simmons Got Around