What are the Most Expensive Guitars Ever Sold at Auction?

Guitar prices can vary between the hundreds of dollars, and all the way to the tens of thousands just to produce, and that’s not taking into account their retail price after they are made. A guitars price depends on many factors such as the country it was crafted in, the care that was given to it on the production line, and most importantly, the wood used to make the neck and frame of the guitar. Now here is where things get tricky, the right guitarist can make almost any workable guitar sound great if he or she has the riffs for it! A simple fender held by the right musician, on stage for even one show, can skyrocket that price of the instrument by the hundreds of thousands or even millions of dollars. These guitars are so expensive that they are mostly sold at auction. We have gathered a list of the top 5 most costly guitars sold at auction in history. Let us know what you think! Did we miss one? Let’s start at the lowest price.

At our fifth spot on the list is Keith Richards’ 1959 Les Paul Standard. The guitar that guided Richards’ through his very young early career, all the way to the height of the Rolling Stones. Many consider this guitar to be the “holy grail” of electric guitars, there are barely any of them left in existence let alone the one held by one of the biggest legends British rock and roll. 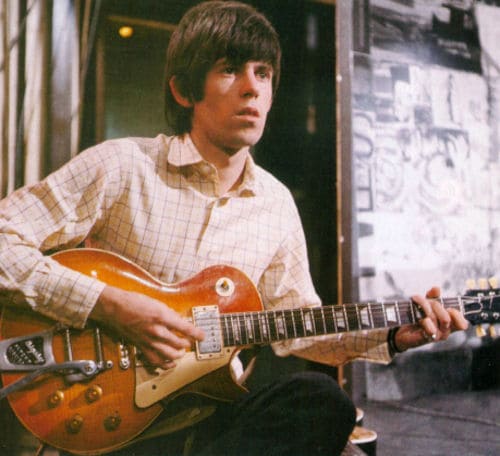 The guitar sold for 1 million dollars in a 2003 auction, not too bad of a deal. Heck if I had the money, I would have outbid it myself!

Bob Marley is a Reggae legend that took not just Jamaica, but the whole world by storm with his simple yet very well performed songs about peace and love, that touched the hearts of anyone he struck a chord for. Marley owned at least seven guitars. One of the guitars he owned is these 22 frets, double cutaway Washburn. 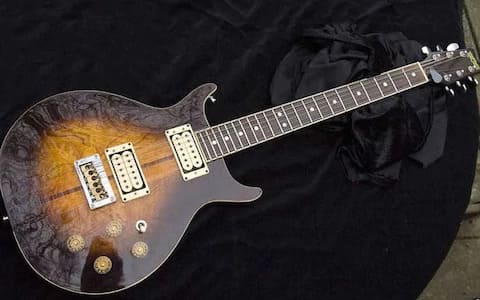 The actual guitars location is a Jamaican state secret, and it was last known to be sold for 1.2 million dollars to an unknown buyer.

Jerry Garcia was more than just the lead guitarist for legendary American folk group “The Grateful Dead.” He was also the glue that kept his band and the whole nation together during some very troubled times. Jerry had an aura of positive energy around him every time he hit the stage, but all this would not come without a personal price as Garcia passed on August 9th, 1995 due to a fatal heart attack. Garcia owned many guitars, some built personally for him by a man by the name of Doug Irwin, Wolf. 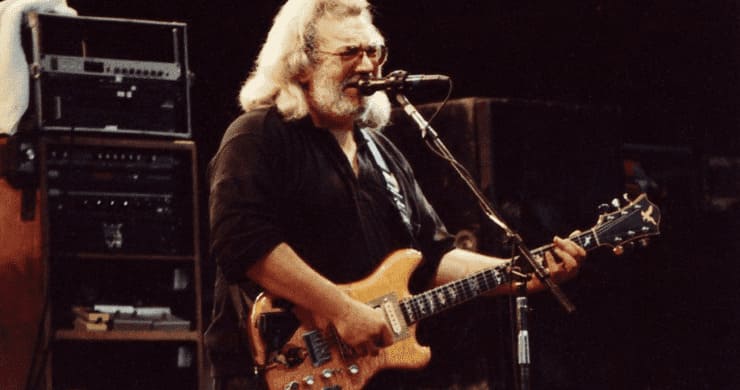 This guitar here called “Wolf” made for Jerry sold for 1.9 million dollars at an auction to raise money for the Southern Poverty Law Center.

Jimi Hendrix’s 1968 Fender Strat is the perfect example of a simple left-handed guitar that turned from being worth virtually nothing compared to the rest to being number two on our list, and not just because Jimi Hendrix played it. 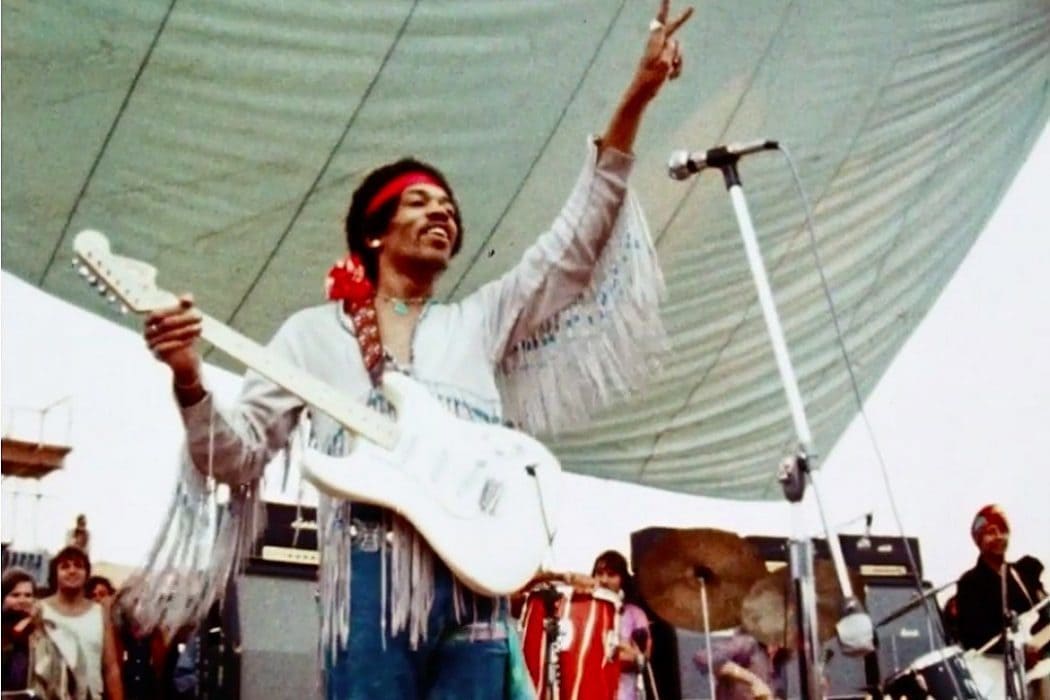 This specific guitar was the one picked up by Hendrix when he played the Star-Spangled Banner on the stage at the world-famous Wood Stock Festival.

Fender “Reach Out to Asia” Stratocaster

As much as we wanted to make the Hendrix Stratocaster number one on the list, the “Reach Out to Asia” took home the cheese on this one. Rumored to cost anywhere from 15 to 25 thousand dollars at its production, after being played by Canadian rock icon Bryan Adams to raise money for victims of the 2004 Indian Ocean tsunami. 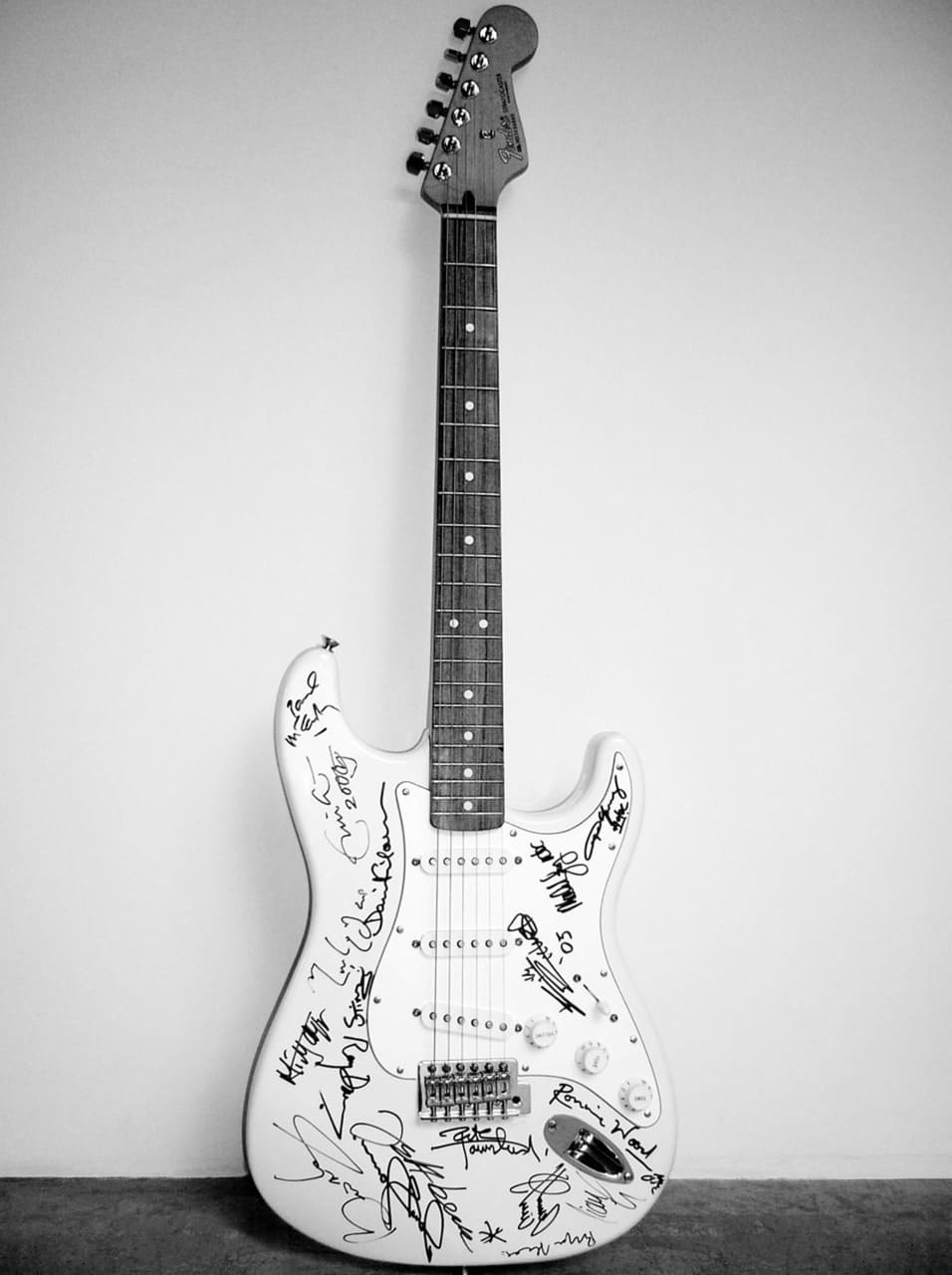 The guitar was signed by the heavyweights of rock such as Clapton, Page, and Gilmour, the “Reach Out to Asia” was sold for the cause at auction for 2.7 million dollars. Heck, that’s a good deal in my book!

A Pair of Lifelong Frenemies: the Dueling Simon and Garfunkel

The Suspects in Carly Simon’s You’re So Vain – Who’s the Lucky Guy?

The Stories Behind the Most Iconic Album Covers

How Tupac and Biggie Went from Friends to Deadly Rivals