Hollywood’s celebrities have gotten into public spats throughout the years, but it seems like the industry that experiences the most feuds is the music industry. Sure, sometimes a feud is over after some “diss tracks” are released. But there are also feuds end in real violence. And some feuds never end at all.

Here are the top 5 feuds in music history that people just love to talk about.

Chris Brown and Drake have a long-running feud, despite their latest single they released together. The fight was supposedly over Rihanna and came to a head in 2012 when Drake and Brown were at the same club. Drake sent Brown a bottle of Ace of Spades as a peace offering. But Brown wasn’t feeling it and sent the bottle back with a note that read, “I’m still f*%&ing Rihanna.” 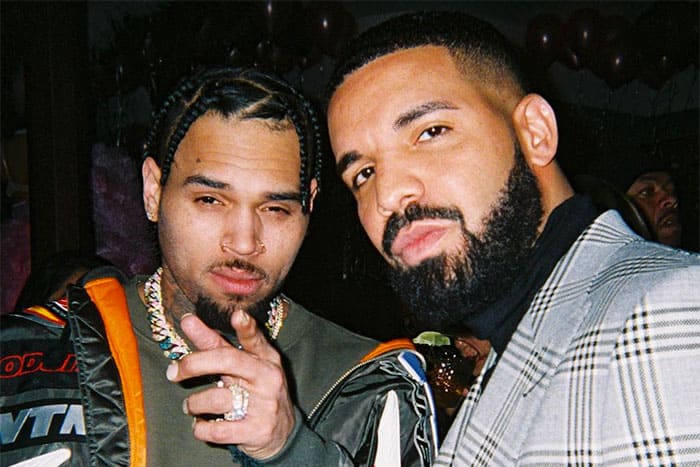 Both artists and their entourages clashed big time. Bottles were flying, and people were injured. Brown even suffered a cut on his chin. Drake, on the other hand, remained uninjured. Later in 2017, they were back at it again when Drake called Brown out at a concert, which ignited a threat from Brown.

Pamela Anderson married Tommy Lee in 1995, and the couple had two sons together before divorcing in 1998. Anderson then married Kid Rock, but when they also got divorced, things got ugly between the two rockers. Kid Rock wasn’t a fan of Tommy Lee, so tensions between the two were bound to boil over at some point. 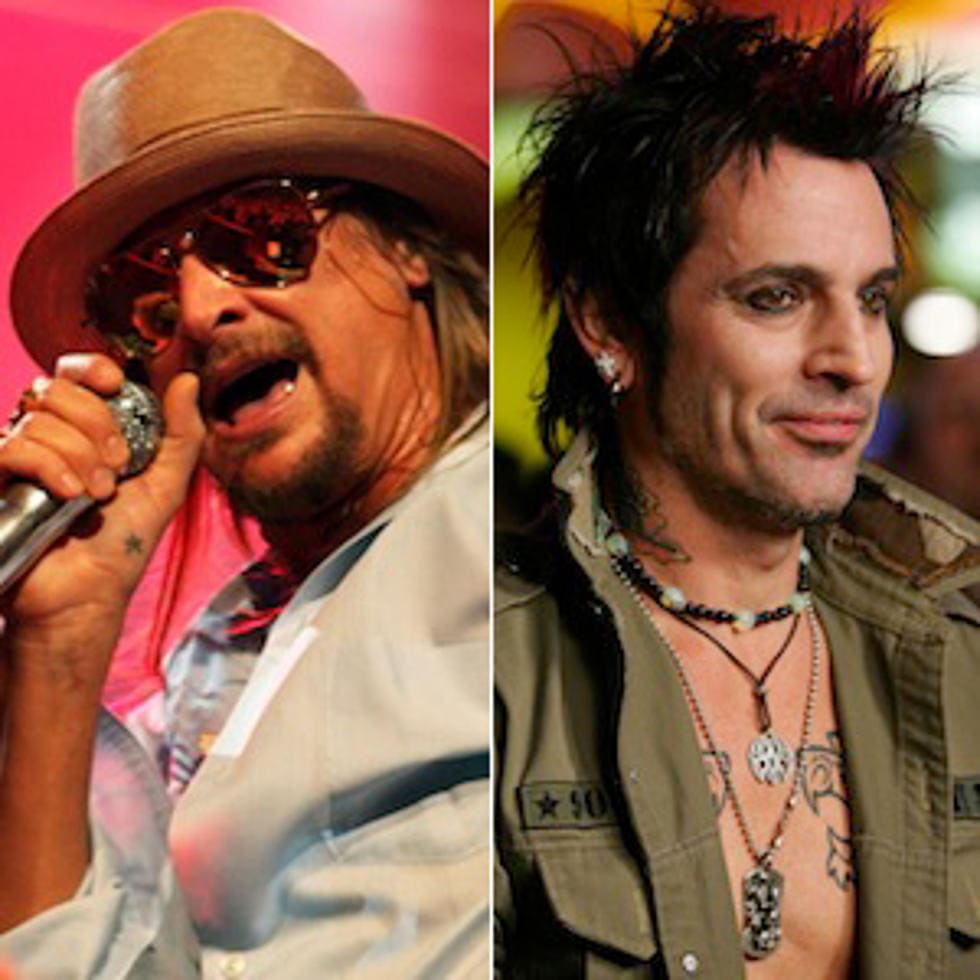 Rock said that while they were going through their own divorce, Lee got a hold of Anderson’s phone and harassed him. Rock told him he was going to go after him the next time they met. Then at the 2007 VMAs, Lee intentionally jumped into Rock’s seat when he was in the bathroom. The two had a physical fight during the live broadcast. Rock claimed that the brawl was inevitable and didn’t have anything to do with Pamela.

Queens-born Rappers 50 Cent and Ja Rule have one of the longest lasting beefs in hip hop. It started in 1999 when Ja Rule was robbed for his chain in New York City to which he believed that 50 Cent knew who was behind it. 50 then made a diss track directed Ja and his entire Murder Inc. crew. The two bumped heads at a nightclub in Atlanta, and things got physical. 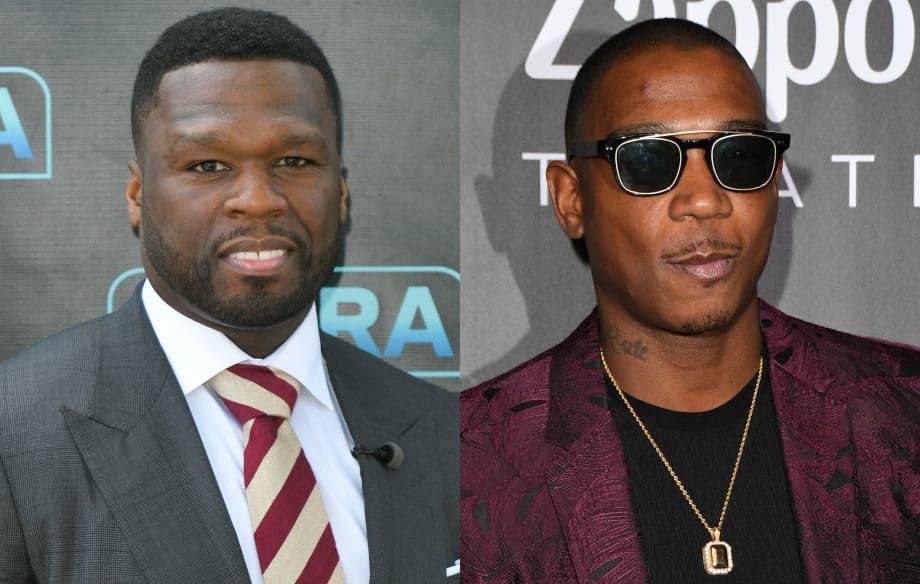 In 2000, 50 was stabbed in a recording studio and shot nine times in front his grandmother’s home, no less. Authorities believed that the shooting was planned by crack kingpin Kenneth “Supreme” McGriff and the Murder Inc. crew to kill 50. Even to this day, the rappers call out the other every chance they get on shows or social media.

We all remember the catalyst of their feud, which played out in front of millions on the VMA stage in 2009. West’s mic-grabbing line of “I’mma let you finish” was only the beginning. After the award show, he admitted he was “rude,” only to later take it back and question why Swift never defended him in her interviews. 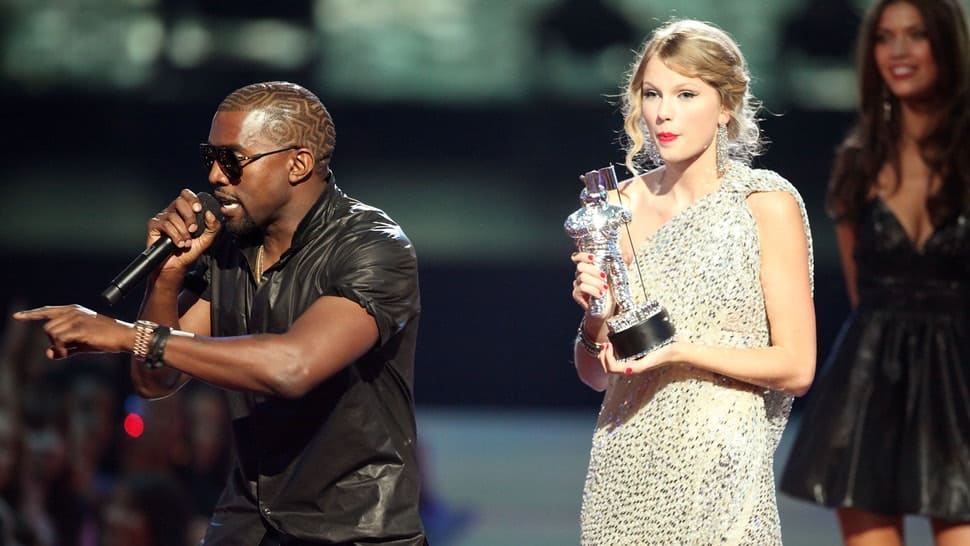 In 2016, West released “Famous” where he rapped about Swift saying, “I feel like me and Taylor might still have sex/Why? I made that b**ch famous.” Swift said she was pissed about the lyrics, but Kim Kardashian released a recording which allegedly shows Swift agreeing to the line. Swift fired back and said she never agreed to be called a “b**ch.”

This is no big surprise: the #1 feud is not only the biggest feud in music history but also the most tragic because it resulted in losing two of the best rap stars to ever enter the game. The dispute that pinned the East Coast and West Coast against each other and claimed their lives too early was the war between Tupac Shakur and Biggie Smalls.

It all began in 1994 when Tupac was robbed and shot in the lobby of a recording studio where he was supposed to meet Biggie and Sean “Diddy” Combs. Biggie and Diddy claimed that they knew nothing about what happened. But Tupac didn’t buy it, especially after the release of Biggie’s song “Who Shot Ya?” to which the rap war began.

Tupac made multiple diss tracks and didn’t hold back on how pissed he was, while Biggie continued to deny the shooting. The two were both shot and killed within a few months of one another, forever linking their names in music history.

The Dark Side of Pink Floyd’s “The Wall”

Top 5 Facts About Music That Hide Behind the Curtain