The Stories Behind the Most Iconic Album Covers

We’ve all seen these albums back in the day when albums were even still being sold. But somehow, these album covers’ impact reached far beyond their actual circulation. While most of us don’t actually own these albums, we can remember the photos or artwork that were featured on the covers. But why? What was so special about them? Well, now you’re about to find out. These are some of the most iconic album covers in music history and the stories behind them.

This might be one of, if not the most, memorable album covers ever. Period. It’s so outrageous and eye-catching and still is. The photo of the naked baby underwater seemingly chasing a $1 bill, will forever be etched into the memories of people everywhere. But who’s the baby you ask? And why this concept? Well, the story goes as such… 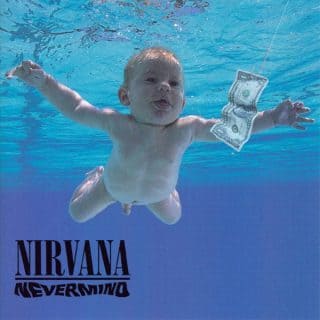 Kurt Cobain and Dave Grohl watched a program on water births and had the idea for their next album cover, which was eventually to be shot in a public swimming pool with three-month-old Spencer Eldon. Of course, concerns were raised as a result about showing the baby’s penis to which Cobain suggested adding a sticker on the album saying “If you’re offended by this, you must be a closet pedophile.”

Design by Hipgnosis and George Hardie

Considering that we still see this design on paraphernalia today, we can safely assume that it’s not only a great design but an extraordinary one at that. Ironically, the band that famously sang “We don’t need no education,” the cover art of their best-selling album is based on a school textbook illustration. Apparently, the band was “bored with the photos” from their previous LP covers and wanted something “smarter.” 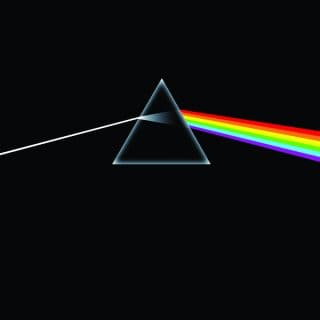 “The prism represented both the diversity and cleanliness of the sound of the music,” a designer by the name of Storm Thorgerson explained. He further described how the album cover “worked for a band with a reputation for their light show. The triangle is a symbol of ambition, one of the themes Roger was concerned with. So you had several ideas coming together.”

This was the album in which the famous mushroom hairstyle and clean-cut images were exchanged for a more psychedelic look. As it turns out, the warped angle of the sleeve was actually a happy accident. “[Photographer] Robert Freeman was showing us the slides,” Paul McCartney later explained. “He had a piece of cardboard that was album cover-size, and he was projecting the photographs onto it. We had just chosen the photograph when the cardboard fell backward a little, elongating the photograph. It was stretched, and we went, ‘That’s it, Rubber So-o-oul, hey, hey! Can you do it like that?'” 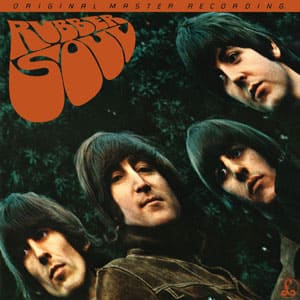 Charles Front then added the eye drop lettering. And here’s a fun fact: when the album is held upside down in front of a mirror, it appears to say “Road Abbey.” Pretty cool, huh?

The Joshua Tree is an actual name of a plant – a slow-growing shrub with sharp-tapered leaves to be exact. It’s indigenous to the American southwest desert and was named by a group of 19th century Mormons. And it was something about the timeless aspect of this tree that attracted U2 into Death Valley National Park in California. 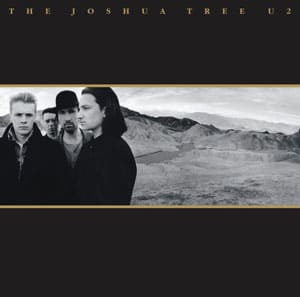 Larry Mullen, Jr., the band’s drummer, said “It’s supposed to be the oldest living organism in the desert,” and it really must have been, considering that it later fell over and died in 2000. And as the story goes, U2 fans have since built a shrine in the desert to memorialize the famous tree.

The photo was taken in February 1963 by photographer Don Hunstein. Dylan was 21 at the time and Rotolo, his girlfriend at the time, was 19. They were strolling in Greenwich Village, on Jones Street, near West 4th and Bleecker. The two were dating from 1961 to 1964, and she got to be on this album, making history forever. 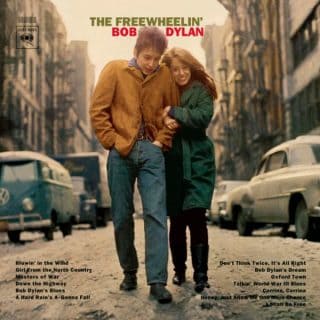 According to Hunstein, “I didn’t do the shoot with a record cover in mind. I brought only one roll of color film with me, and most of the pictures on it were not good.” But this momentous shot captured Dylan in all his glory and he soon became a household name.

Rock on – the Greatest Rock ‘n’ Roll Groupies of All Time

Classical Piano Duels: Because Composers Have Beef, Too

Inspiring Songs That Really Made A Difference