Mandy Harvey: An Exemplary Example of Courage and Determination

An award-winning American jazz and pop singer, songwriter and ukulele player, Mandy Harvey won the fourth place in the 12th season of America’s Got Talent. What makes her journey special is the fact that in spite of being deaf, she is able to feel the music remarkably and flawlessly.

Harvey was born to a hearing family in Cincinnati, Ohio on January 2, 1988, and then moved to S. Cloud Florida. She had hearing problems right from childhood and had gone through various corrective surgeries.

But this didn’t stop her from singing her heart out. In this article, let’s have a closer look at the journey of Mandy Harvey so far. We’re sure, you’ll feel inspired to break through your personal barrier by the end of this article.

Her Love for Music Started with Choir

It all started when her mom enrolled her in a choir class when she was four. She was amused by the idea and found music an ultimate way to express herself. 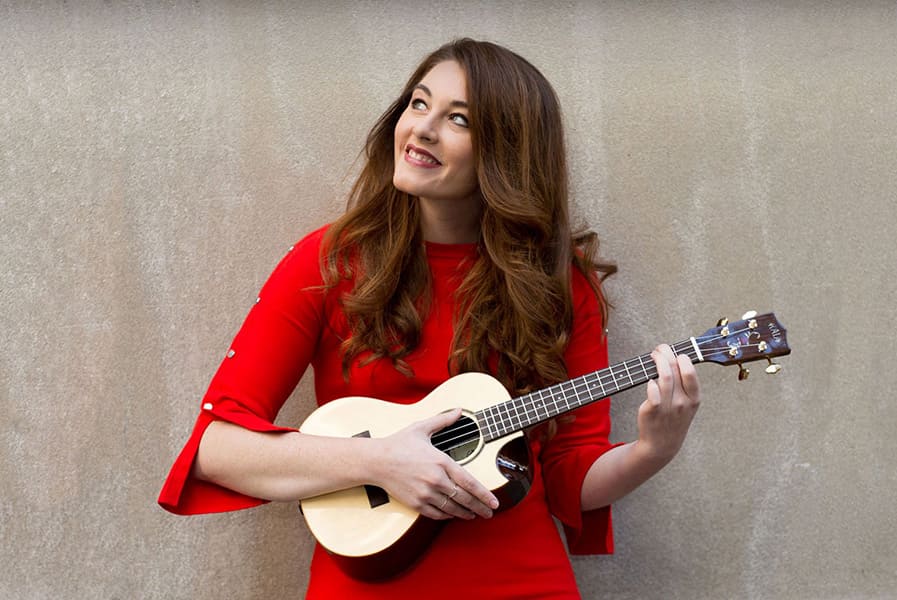 She had hearing issues right from her childhood, and singing in the choir served as a wonderful opportunity for her to understand all the words that were being spoken. She used to get close to the piano to hear the pitch correctly.

She Was Taught to Lip Read

Contrary to popular conventions, Mandy was taught to lip-read and even attended speech therapy classes instead of learning sign language. 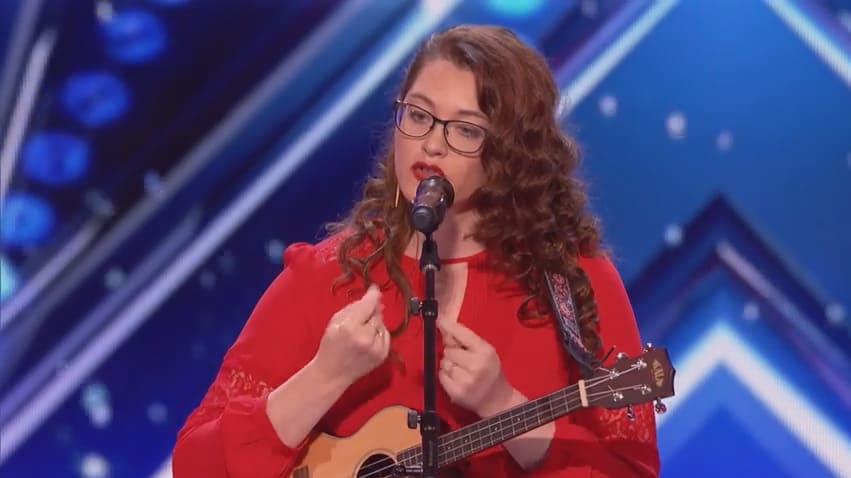 This undoubtedly played an important role in helping her pursue music.

She Never Wanted to Be a Performer

This will take you by surprise. Mandy Harvey never wanted to be a performer. All she wanted was a medium through which she can express herself, and inspire others. 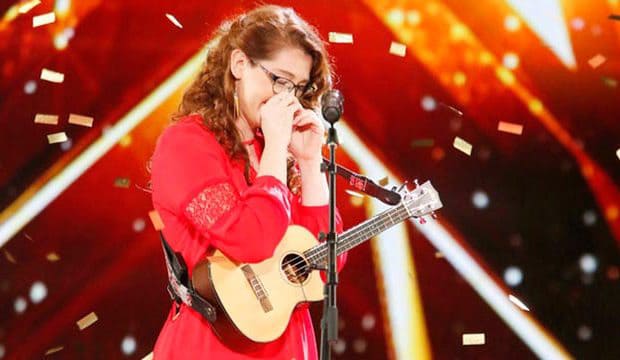 So she went ahead for vocal music education and completed her studies with Colorado State University. But things were not easy for her. Her hearing worsened during that time. She found it extremely difficult to even hear her teachers. Within nine months, she became profoundly deaf.

She Was Suffering From EDS

It was during her college that she found out that she is suffering from Ehlers-Danlos syndrome, also called EDS. In here, the nerves of the person start deteriorating, leading to hearing loss. 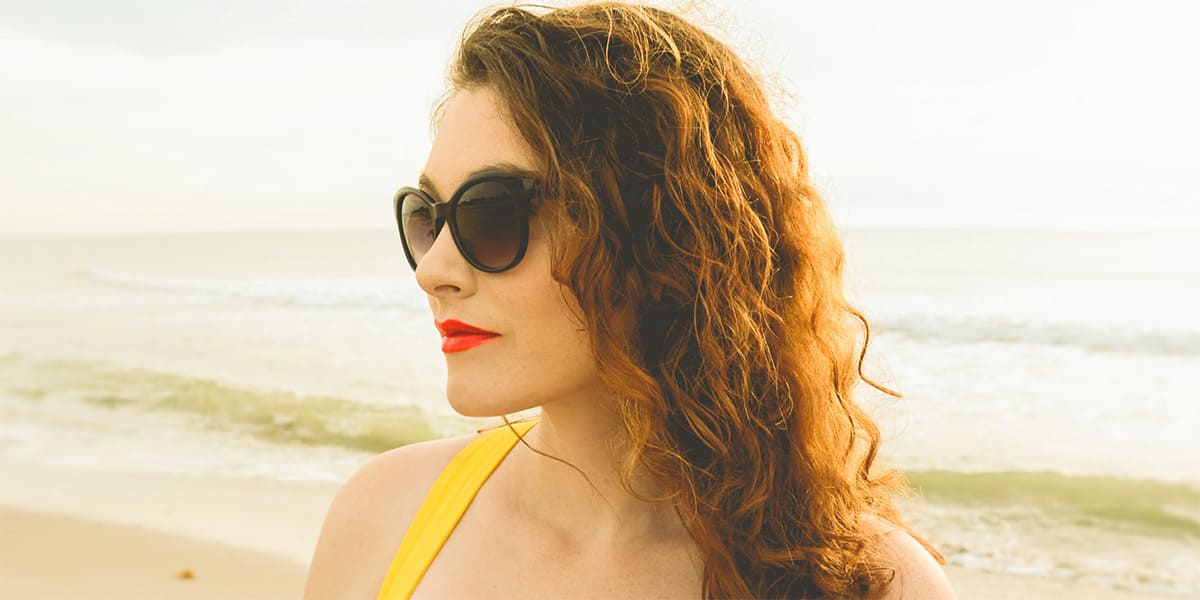 While all this was shattering, what was even more difficult for her was the fact that her dream of getting major in music was ripped out. She felt that she will never be able to pursue music.

Mandy started taking sign language classes as soon as she left Longmont High School where she graduated in 2006. Longmont High School not only recognized the musical talent of Mandy but also helped in establishing a seamless connection with music. The sign language classes that she joined in this school helped her in continuing communication when she lost her remaining hearing abilities at the age of eighteen at Colorado State University. 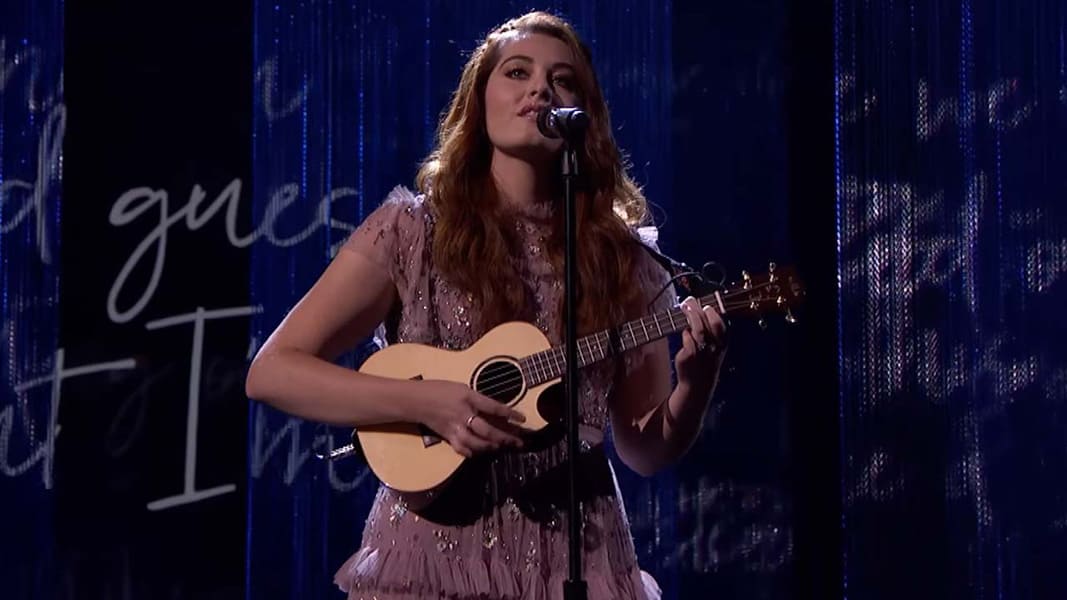 The sign language classes helped her in making new friends in the deaf community. This provided her with a new zeal to face her personal barriers. She started accepting her life the way it is.

Her Dad Helped Her in Getting Back to Music

Mandy used to play guitar with his father in her childhood. Her dad inspired her again to pick the guitar. That was the turning point of her life. She paid close attention to the chord patterns and watched him strumming. All this enabled her to play the chords with him in rhythm. But this doesn’t stop here. 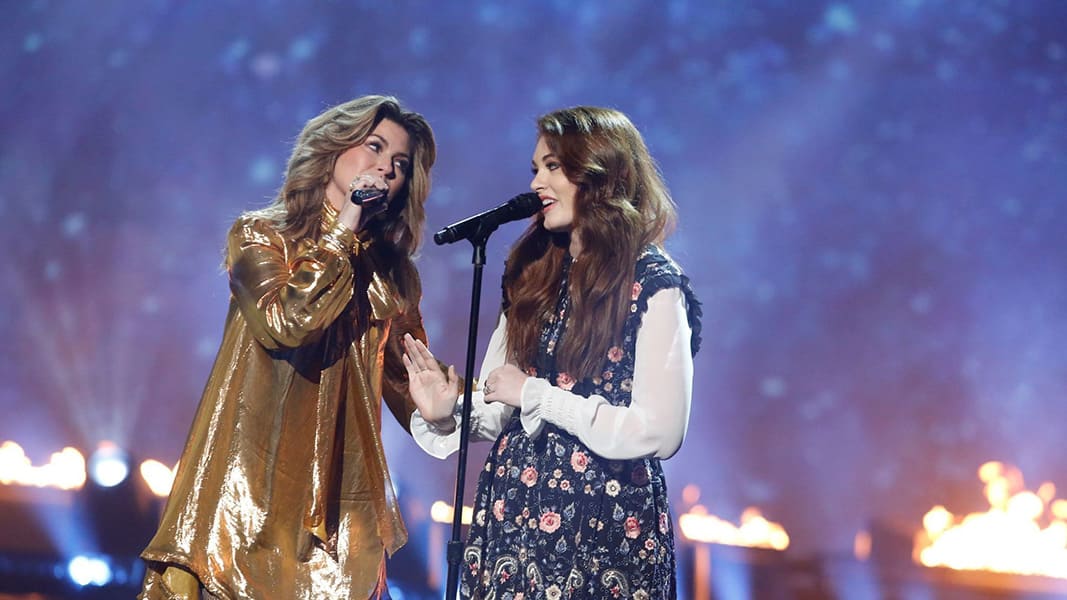 She then even started singing by making use of visual tuners. She used to put her hand on her throat to find out the strongest points of vibration on her throat. This allowed her to experiment with her singing, as now she was not the one hearing and judging herself.

And Then One Day, She Met Her Old Vocal Couch

While all this was happening, she was encouraged by her old vocal couch to sing at a jazz club in Fort Collins. Her coach asked her what did she want to sing, and she said, she will like to explore jazz. 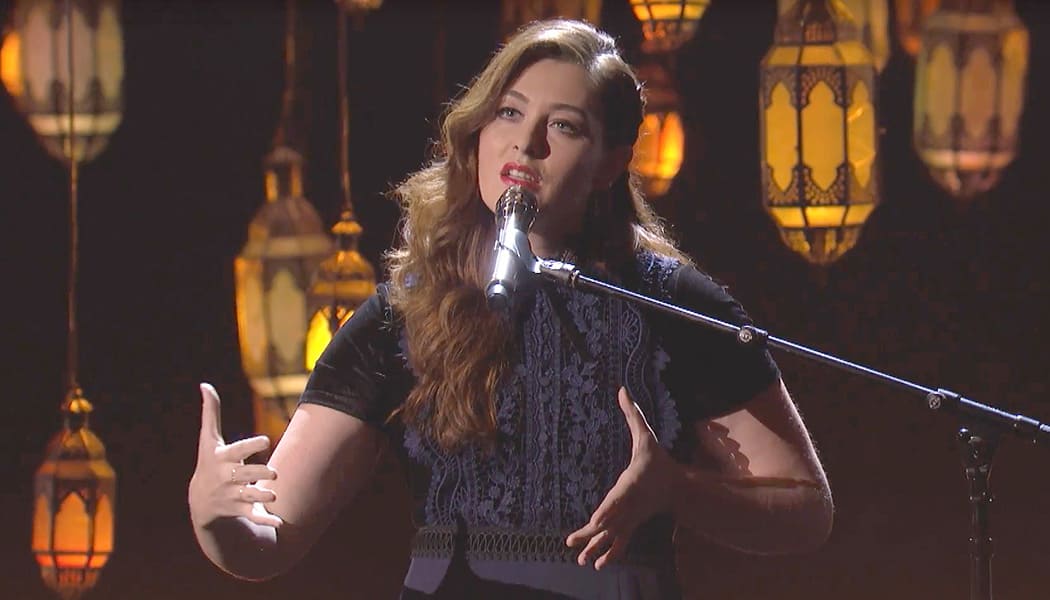 This is how she stepped out of her comfort zone to sing in front of seven people. Although it was the most terrifying performance of her life, it surely opened new avenues for her to explore. She was encouraged by her audiences, and she kept on returning to sing more.

One thing led to the other, and she soon started making albums.

She Joined America’s Got Talent Without Any Expectations

Mandy didn’t have any expectations from AGT. She just wanted to show up there and do her best. 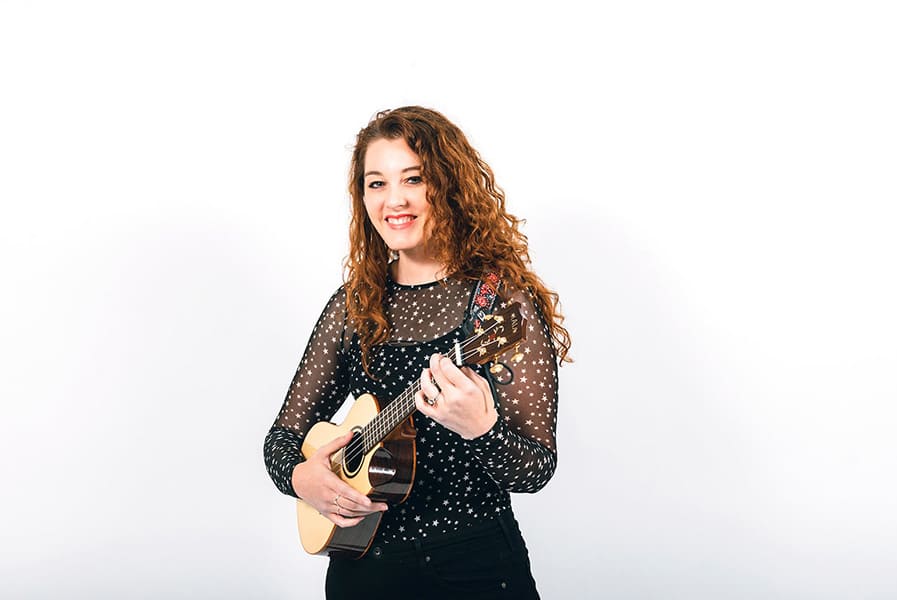 Her main aim was to encourage people so that they could break off their personal barriers and start dreaming again. She revealed that she is able to perform better without wearing shoes as this way she is able to feel the song’s beats through floor vibrations.

She Is Inspired by the Music from the Past

Mandy grew up listening to the music composed in the 60s and 70s. As her hearing problems became worse, her understanding of the current music stopped in 2006. 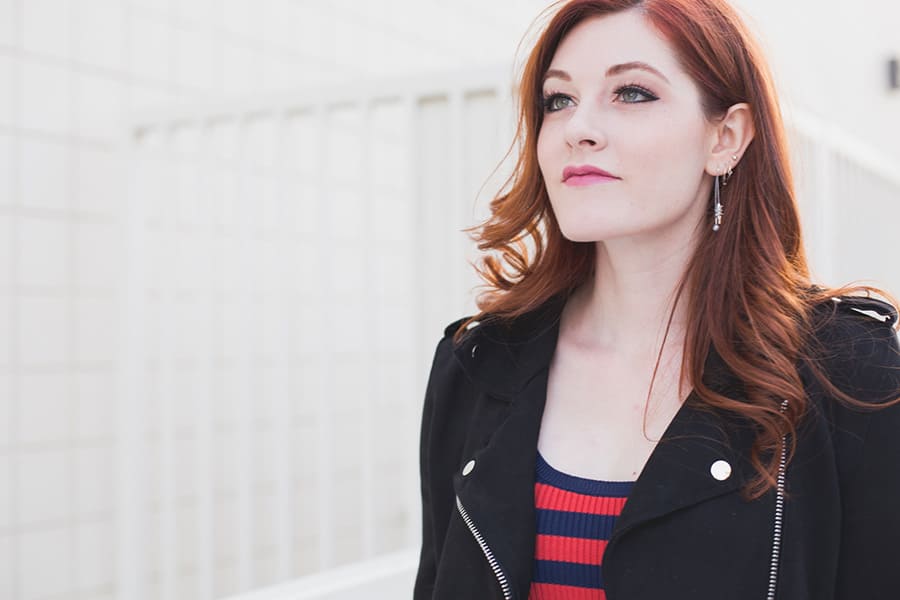 She feels that she is inspired by music from the past. The one composed by Eagles, Beatles, Bob Dylan, Turtles, Stones and so on.

AGT Is Not the First Platform to Recognize Her Talent

Thankfully enough, Mandy’s unmatchable talent is recognized by various outlets. She was appraised by MBC Nightly News which profiled her and released several albums in 2015. 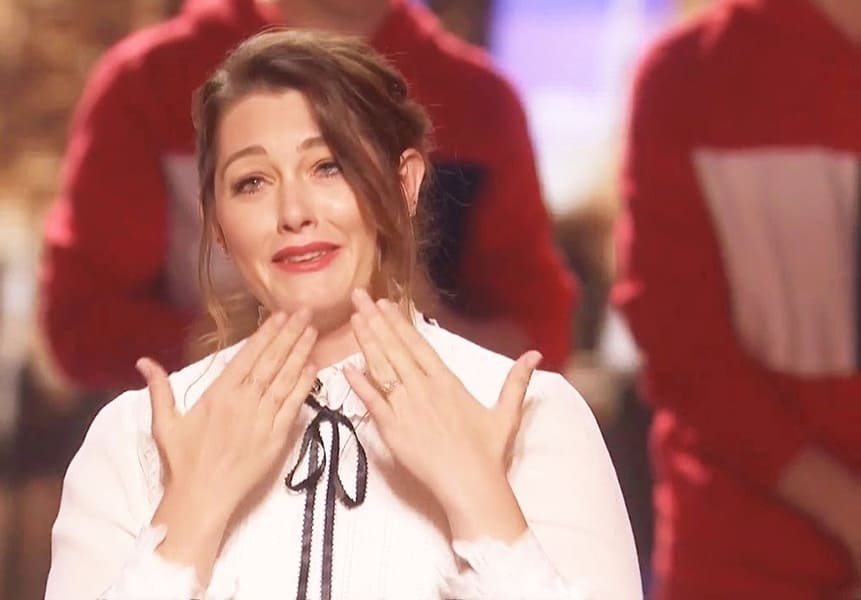 Even the BBC had been all praises about her. She has also performed in various venues like Kennedy Center.