Classical Piano Duels: Because Composers Have Beef, Too

Steibelt was referred to as “a most unvirtuous virtuoso,” known at the time for doing rather unwholesome things, like spreading false rumors, cheating, stealing from concert receipts, and sleeping with married women, to name a few. He also announced at his concert recitals that Beethoven was a hack performer and was apparently scared of him. 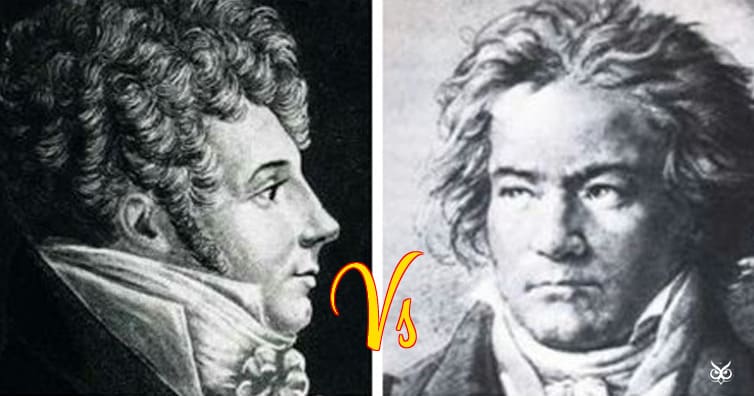 Beethoven really didn’t care what Steibelt had to say about him until Steibelt finally challenged him to a duel. When did this happen? All the way back in May 1800, when Steibelt specifically came to Vienna for the sole purpose of winning against Beethoven. After a long piano battle, Steibelt was destroyed and didn’t even wait for Beethoven to finish. He walked out and never saw Beethoven again.

This story has been told by Bach’s biographers, but this is the real deal. In September 1717, Bach became well known in Europe as the greatest keyboard performer in Germany. He wasn’t known for his compositions, as he wrote in a heavy, meat-and-potatoes Baroque style. Louis Marchand was equally famous throughout Europe as a fantastic French organist and keyboard performer. 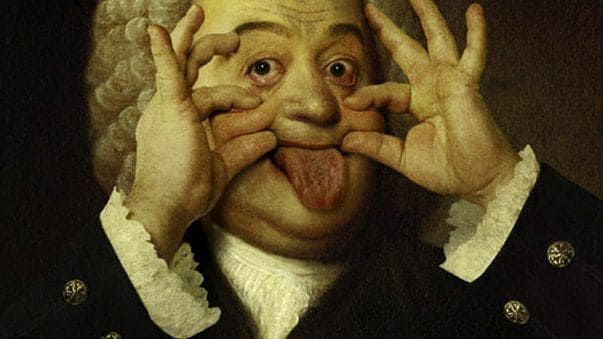 When Marchand heard about Bach’s virtuosity, he traveled to Germany to meet and defeat Bach. When they met, Frederick II, the King of Prussia, who was also a huge fan of Bach’s music, organized a harpsichord playoff. What happened was Bach arrived early in the morning before anyone else to warm up and stretch his fingers. Marchand later walked into the palace, heard Bach’s warm-up exercises, turned around, and walked out. He got in his carriage and returned to France never to return to Germany again.

On Christmas Eve, 1781, Clementi and Mozart, who were friendly at that time, found themselves in a duel. The Emperor called a draw, and they were both required to improvise on a theme that the Emperor chose on the spot. After the duel, both Mozart and Clementi agreed afterward that Mozart won, but apparently, they were ambiguous statements. 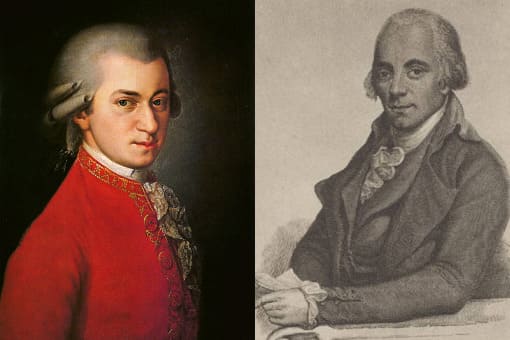 Clementi was just being polite. Mozart wrote, “Clementi is a charlatan, like all Italians. He marks a piece presto but ‘plays’ only ‘allegro.’” Clementi said about Mozart: “Until then I had never heard anyone play with such spirit and grace. I was particularly overwhelmed by an ‘adagio’ and by several of his extempore variations for which the Emperor had chosen the theme, and which we were to devise alternately.”

Beethoven was simply good at what he did, and that made him a bigger target for other performers who were trying to carve out reputations. Wolfl and Beethoven were friends at one point, but Wolfl apparently became upset with his status as the second. He then challenged Beethoven to a piano duel in 1799. By the time the duel took place, Wolfl had already played many concerts all over Europe. 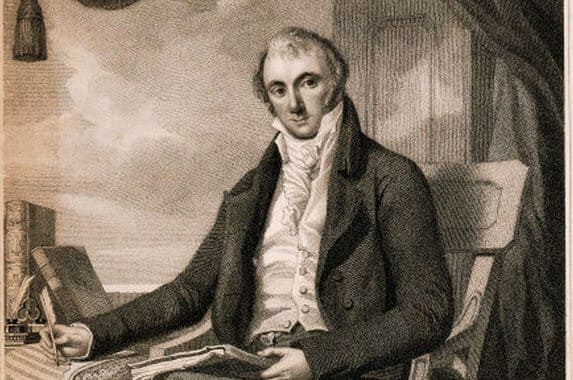 Beethoven was informed that he was no longer without competition. Wolfl was 6 feet tall and had gigantic hands that could stretch a thirteenth on the piano. Beethoven was 5’3 and 3/4” and only managed a tenth. The duel played out in the same way as his duel against Steibelt. Beethoven and Wolfl were evenly matched for the first round, but in the second and third, Beethoven won fair and square. When it came to sight-reading and improvisation, Beethoven had no equal.

The rivalry between the two lasted from 1836 to 1842, when Thalberg did as many concert tours as Liszt and in the same venues. Thalberg performed right before or after Liszt to show that he was the greatest pianist in the world. Thalberg was truly dedicated. But Liszt and Thalberg didn’t have a traditional duel. Instead, they tried to slaughter each other’s popularity in Europe with their concert tours. Then it all came to a head on March 31, 1837. 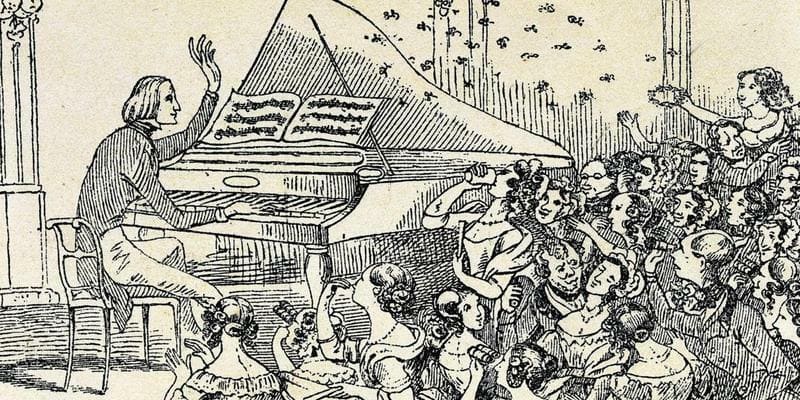 They each prepared a new composition of the most extreme technical demands, not knowing that the other was preparing a piece for their showdown. When they discovered this, they both laughed and readied themselves for a hell of a fight. They were being watched by two-dozen close friends and admirers in the Paris salon of Princess Cristina Belgiojoso. The result of the playoff was reported as a toss-up. They each received standing ovations and went on to enjoy international success.

The Dark Side of Pink Floyd’s “The Wall”

The A’s Were Married to the B’s: The Story of ABBA

The Truth About Blake Shelton And His Relationships

The Concert the ’60s Wants to Forget: The Altamont Speedway Festival